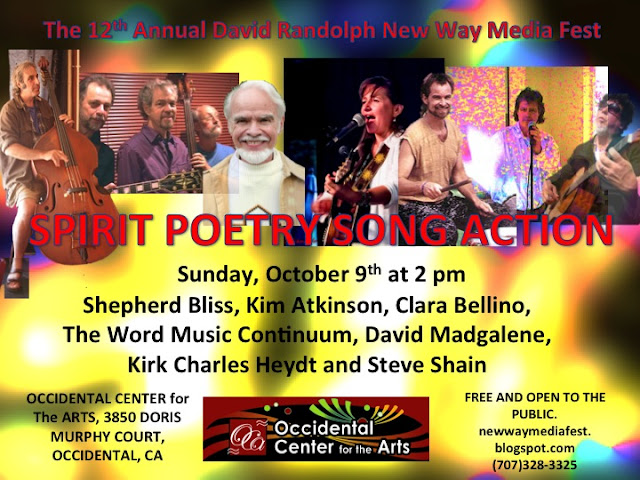 
Posted by David Madgalene at 5:09 PM No comments: 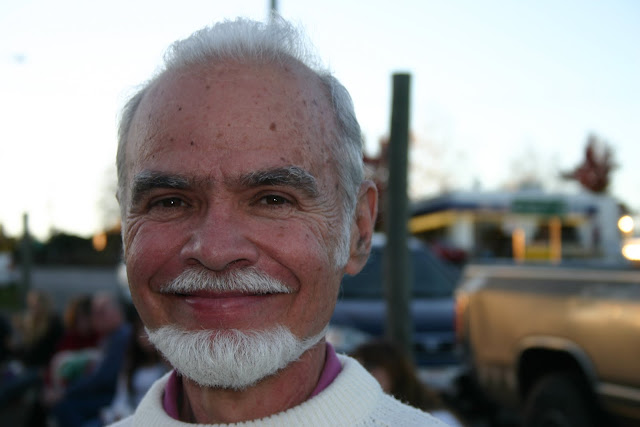 Shepherd is a long-term member of the Veterans Writing Group, which published the award-winning book Veterans of War, Veterans of Peace, edited by Maxine Hong Kingston (www.vowvop.org), which includes his essay "Sound Shy." Shepherd has contributed to over two dozen books, including "Enduring War: Stories of What We've Learned," "Shattered Illusions: Analyzing the War on Terrorism," and "A Quiet Strength." His articles have been published by many publications, including the San Francisco Chronicle and Press Democrat. He has also appeared on the Oprah, Bill Moyers, and Phil Donahue TV shows and been interviewed by "60 Minutes" and the Wall Street Journal. He has operated the artisan Kokopelli Farm in the Sebastopol countryside for nearly two decades and specializes in agropsychology—farms as healing places. In the l960s, Shepherd  was a student of David Randolph’s at Drew Theological Seminary. Dr. Bliss serves on the Board of the Numina Center for the Arts & Spirituality at the Episcopal Church of the Incarnation in Santa Rosa. Shepherd’s presentation will be accompanied by Kim Atkinson.
Posted by David Madgalene at 5:07 PM No comments: 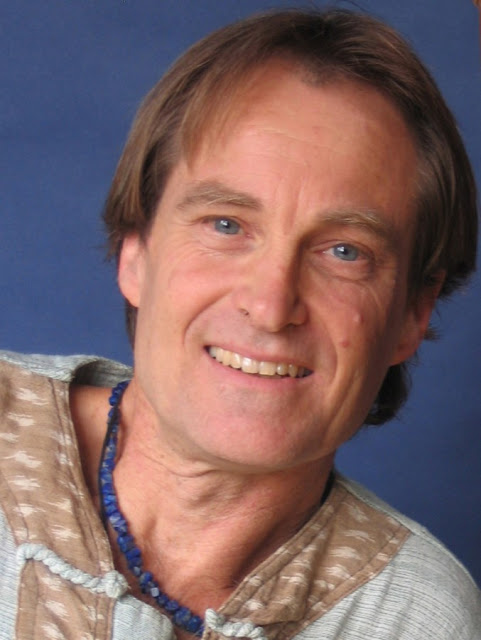 Kim Atkinson has been playing music since the 1970s and has become an internationally recognized percussion artist, teacher and ritual drummer. He is known for bringing psychological, spiritual and scientific insights to his presentations to create personal and group transformation.  Kim has recorded and performed with master musicians since the 1980’s, including work with many pioneers of healing music.  He was the music director and percussionist for Rumi’s Caravan from 2006 to 2013.  His love of poetry with music was started by accompanying Herb Middleton during the era of the "Prison Poets" on KPFA radio. Kim's rigorous studies in African and Cuban music and dance, Brazilian Shamanism and AsianSpirituality inform all his presentations. He has worked with Shepherd Bliss for more than 25 years. For more on Kim and his offerings visit www.pulsewave.com
Posted by David Madgalene at 5:03 PM No comments: 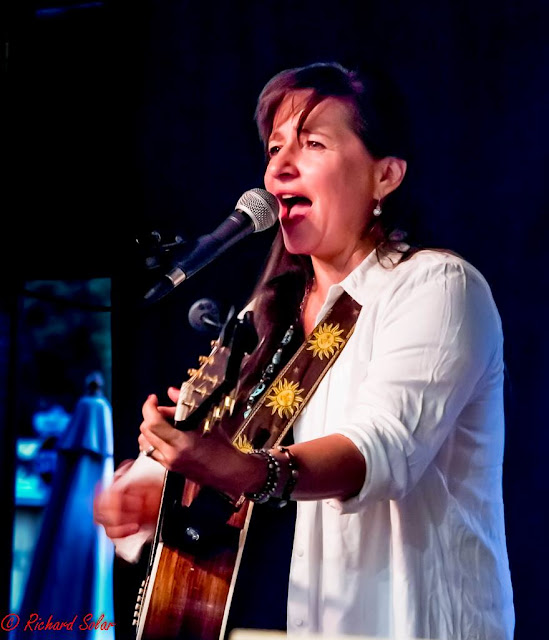 French artist Clara Bellino emerged from Europe to become an important contributor to the American music scene with delightful stories, relatable music, and a lovable personality. She describes her musical stylings as pop jazz with a 60s Euro twist. Clara is a great believer in the power of imagination to create reality. With her music, she hopes to inspire listeners to feel empowered as the masters of their lives, to conquer their fears and to know that what they have to contribute is precious. Clara is currently working on her fifth album, which is expected to be released later this summer.

Posted by David Madgalene at 4:14 PM No comments: 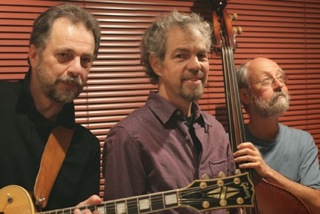 Kirk Lumpkin is the author of two books of poetry, In Deep and Co-Hearing. As a solo poet he’s performed all around the San Francisco Bay Area & Northern California; Los Angeles (Beyond Baroque, etc.); New York City (Bowery Poetry Club); Colorado; Toronto, Canada; and Great Britain. Kirk worked many years for the Ecology Center as the Special Events & Promotions Coordinator of the Berkeley Farmers’ Markets.

"I'm deeply honored to have your poem for me [Walking in the Woods with a Poet] in a book [In Deep] with so many other wonderful poems. ...it's such a solid real illumination . . .”—Michael McClure, Beat poet & playwright

“If anyone is a real shaman, Kirk is.” —Frank Moore, Internet radio host & performance artist

Paul Mills is a guitarist, composer, producer, and co-founder of The Word-Music Continuum. He also plays with the synthesizer duo, Silent Motif, and Jazz Sabbath, a jazz-rock fusion band specializing in guitar-driven improvisations. Paul and Kirk were both in the San Francisco Bay Guardian “Demo Tape Of The Week” winning band, Detour.

Mark Wieder (pronounced Weeder) has played bass with Aleph Null, Dick Oxtot, the Hot Club of Marin, the Shotgun Players, and more. His tunes have been performed by the Golden Age Jazz Band and the La Peña Latin Jazz Experimental Ensemble. He currently also performs with the Skimpy Portions and the Seething Brunswicks.

The Word-Music Continuum has recorded two CDs the most recent of which is Sound Poems.

“To say the house was rocked is an understatement. You were great! You showed us that the blend of word and music is limitless and that poetry has no bounds.”—Bill Gainer, poet; organizer, Nevada County Poetry Series

Posted by David Madgalene at 4:09 PM No comments: 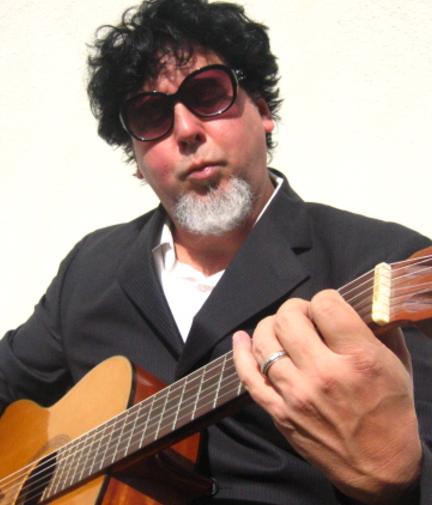 Kirk Heydt is a composer multiinstrumentalist with three releases as a leader.  He has recorded and performed  with Sonny Simmons, Cecil Taylor, Flipper, Hello  Kitty On Ice, Carolyn Wonderland, Jesse De Natale, Will Oldam aka Bonnie Prince Billy and   and Nino Moschella.


Posted by David Madgalene at 4:00 PM No comments: 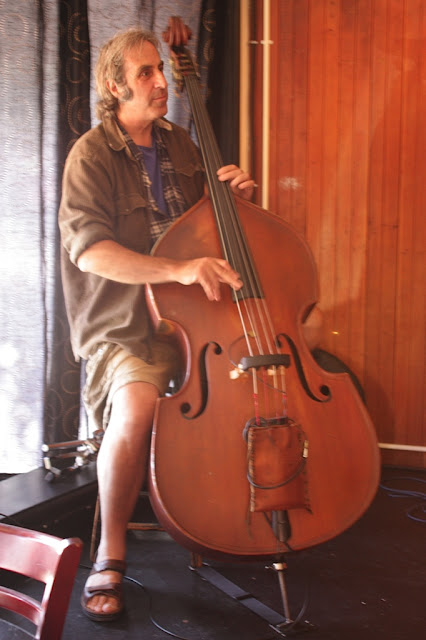 Steve Shain has been playing the string bass since 1963 in Chicago Heights, Illinois. Currently freelancing with poets, dancers, jazzers and improvisers in the Bay Area, Steve was a founding member of the Rohnert Park Symphony. He and David Madgalene have been jamming since 2009. Currently Steve can be heard at www.bassicsewing.com.

Posted by David Madgalene at 5:19 PM No comments: 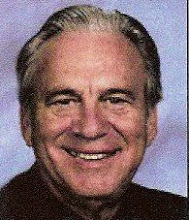 “Opening a festival in Sonoma County is like opening an observatory—you seek a better view of the stars already there and hope to discover new ones. Our goal is to seek and celebrate new ways of seeing and being and I am honored to sponsor this festival that now comes home to Sonoma under the direction of David Madgalene.

David is uniquely qualified with his feet firmly in Sonoma County where he lives and his arms open to all California and the world. The New Way Media Festival originated in Berkeley but now as we celebrate our first festival in the county at the Occidental Center for the Arts, the New Way begins a New Day.

Our thanks to all you in Sonoma and beyond who have journeyed to be with us and welcome to those of you who join us now in the Great Parade. Cheers!”
—David James Randolph, Founder and Honorary Host of the Fest

David James Randolph is active in the renewal of church and society as an educator and minister and was among those awarded the Congressional Gold Medal of Honor for his service in Selma. David was President of Olivet University in San Francisco (2006-2009), and a pastor to churches in New York City and Long Island from 1975 to 1999. He taught at the Graduate Theological Union and served on the Board of the Center for the Arts, Religion and Education. In 2004, he founded the New Way Media Festival at Berkeley, one of the first festivals to feature New Media. He has created New Media works such as his film Our Dinner with Jane as well as having authored numerous books including God’s Party (Abingdon Press) and The Great Parade: Life, Love and Work (New Way Media). More at newwaymediafest@blogspot.com

Posted by David Madgalene at 5:08 PM No comments:

David Madgalene
A Sonoma County premiere of David Madgalene's musical "Call Down the Angel" was performed at the Occidental Center of the Arts on Saturday June 3, 2017. Participants and co-creators included Kirk Lumpkin, Susan T. Mashiyama, Steve Shain, Kirk Charles Heydt and Ed and Justin Coletti. David Madgalene is the Director of the David Randolph New Way Media Festival (formerly the New Way Media Festival), now in its 14th season. David also serves on the Petaluma Poetry Walk Steering Committee. He is the author of five books of poetry, two novels and a book of short stories. David edited two anthologies of poetry showcasing Sonoma County poets, and along with Ed Coletti, co-edited a book of stories championing Sonoma County noir. David performs his poetry throughout the area, often accompanied by Steve Shain on bass. “Call Down the Angel,” based upon David's poetry book of the same name, premiered at the Fellowship Hall of the Berkeley Unitarian Universalists on July 18, 2015. A film version of "Call Down the Angel" is underway.